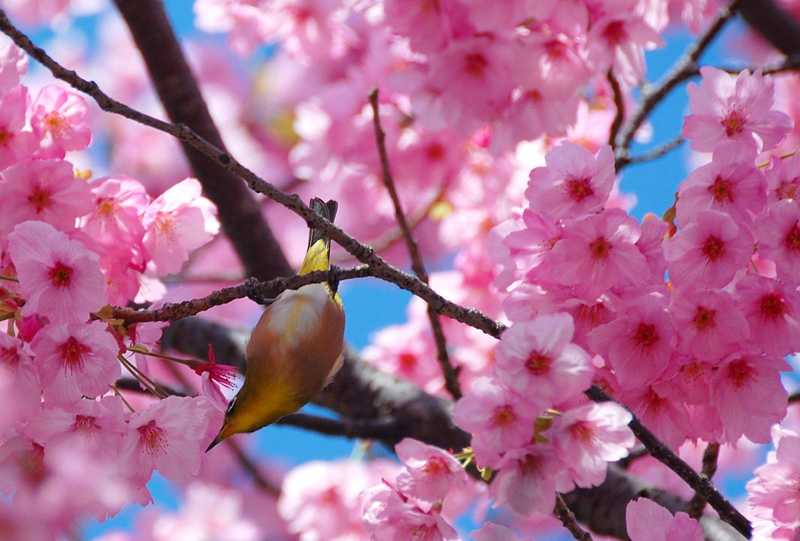 Raccoons have always been in the Southern California area. Their numbers have grown in the last 40 years; for several reasons. First of all, they are scavengers by nature, they will eat whatever they can find. They are also opportunistic creatures, taking advantage of whatever situation they encounter, whether it's food, water, or shelter.

The myth that evil humans have encroached on their territory falls flat, when you take note and consider that their numbers have sky-rocketed to out of control proportions.  The logical equation gleaned from this is that because of human encounter, the raccoon population has thus increased, and will continue to grow because of human involvement and interaction.

The encroachment theory was big in the 70's and 80's, when the Animal Rights movement was first getting off the ground. It preyed upon unsuspecting people with big hearts, and on those who have a care and concern about the welfare of animals.  Thank God for those people that are sensitive to the needs of wildlife.  However, they were lied to, by the scoundrels at the top of these organizations, and by their weak minded minions, who helped spread the propaganda.

Two-fold purpose; gather up as much cash from donors as possible and to fulfill their Globalist intentions to divide and conquer;  and to weaken the american public with meaningless and deceitful information about animals. It's just one more tool that's in their bag of tricks.  Snaring both Democrats and Republicans alike, liberal or conservative.   No one wants to be called cruel or uncaring about animals, although most people are.  With this said, it is my opinion, of which I take full responsibility, and to bring you the other reasons that raccoons as well as other animals have been allowed to get "out of control".

Along with the creation of the Animal Rights movement, there needed to be a "bad guy" to point to and demonize, and to artificially solidify the new "good guy", in order to build up legitimacy and credibility.  Something had to be torn down; that would be the Fur Industry.  It was sacrificed with the knowledge that the animal rights industry would be far more lucrative than the fur coat industry.  Example; since the fur market doesn't do so well in the summer season or in areas like Hawaii.  But the animal welfare/pet industry is good year round and nationwide. That's not to say the fur industry is dead, (no pun intended) because it's not. It just scaled back and raised it's prices, (such a deal) after all, it's run by the same people as the animal welfare scam artists.

Enter governmental Animal Control. City and county animal control agencies were more than willing to relinquish their duties and responsibilities of actually controlling wild animals. Complaining about not having the funding to handle both domestic animals and wildlife.  State and Federal agencies shirked their responsibilities years and years ago. They seem to believe their only involvement is on a fiscal level. Or, if it makes for a good photo opportunity, like handling a Bear or a Cougar, or maybe an Eagle. It was at this time, I realized I could start a private animal control operation.  In 1984, to handle the nuisance end of animal management, (trash animals) and that they (govt agencies) now demonstrated they were too important to handle common pest animals. You don't think they are going to handle a skunk do you? We at Animal Trapping and Removal Service are tolerated by them, in that we will do the "dirty work", that they try so hard to avoid.  Their actions are the work of Communists and Socialists agenda, and downright lazy government parasites. Their goal is our enslavement.

With the creation of my newly formed business, the government agencies now had the needed alternative they were waiting for. That's not to say it was an easy transition; they still wanted to pretend they were in charge and that they are the final authority. Which they aren't and never were. In fact, we were harassed continually for over 20 years, and occasionally still are, especially by the City of Los Angeles Department of Animal Regulation. Although the city was more than happy to sell us a business license year after year, that allows us to perform animal removal services, our business name is Animal Trapping and Removal Service Ltd., so there is no doubt about what business we are in. The County of Los Angeles was not as bad, but still overreached their authority many times, and made up laws as they saw fit.

Again, with this all said, it is my firm belief, that our criminally controlled government, from top to bottom, has a master plan of globalism, to make us all equal. Their ultimate goal is to destroy the 2nd amendment, and to disarm the citizens. We at Animal Trapping and Removal Service refuse to go along with this current government scheme.  We pray that the new Trump administration will "drain the swamp" and give us back our God given rights and freedoms that are being whittled away by traitors. So to reiterate, why are animals out of control? It's because of social engineering to convince the citizens that animals are equal to humans, which is a scam to get money from fools, and to be enforced by a totalitarian government that wants complete control over the masses. A marriage made in heaven, also known as Fascism. It is one more step into the direction of gun confiscation. Do not lose sight of the ultimate prize, which is for all elitist criminal governments to deprive you of your means to live in freedom.

WHY IS URBAN WILDLIFE OUT OF CONTROL?

BY THE WAY, IF YOU DON'T LIKE MY "OUT OF CONTROL" ANALYSIS. HERE IS A SHORT DOWNLOAD FROM LOS ANGELES UNIFIED SCHOOL DISTRICT INTEGRATED PEST MANAGEMENT CHIEF. HE SAYS BASICALLY THE SAME THING AS TO WHY THE SCHOOLS ARE INFESTED WITH NUISANCE ANIMALS. READ IT. CLICK HERE

AGAIN, HERE'S ANOTHER GREAT ARTICLE BY DR. GULMAHAMAD. READ PAGE 5 ABOUT WHAT THE CITY DOES WITH TRAPPED PIGEONS. THAT'S IF YOU CAN EVEN GET THEM TO ACCEPT THEM. CLICK HERE

HERE'S ONE HE WROTE ABOUT CATS ON SCHOOL DISTRICT PROPERTY WHICH EXPLAINS ALSO ABOUT THE PROBLEMS AND DISEASES ASSOCIATED WITH FERAL CATS AROUND CHILDREN AND THE TEACHERS AND EMPLOYEES THAT FEED AND ENCOURAGE STRAYS CATS CLICK HERE
HERE'S A COMPLETE LIST OF THE ARTICLES HE HAS WRITTEN REGARDING PEST MANAGEMENT FOR LAUSD. GREAT INFO CLICK HERE